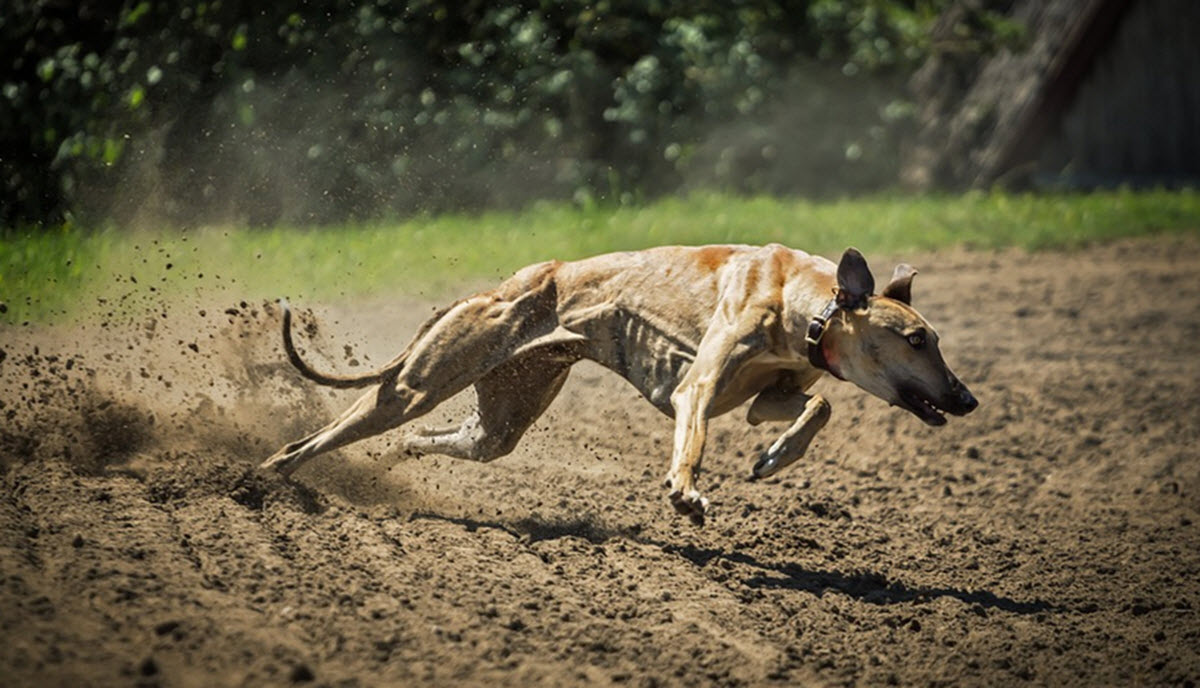 The ancestors of today´s modern racing greyhounds were sighthounds used for hunting in open landscapes, and the greyhound is just one of several breeds that belong to the sighthound group.

Sighthounds needed to be very fast and agile and also have good eyesight since they were sent out to hunt in a very independent fashion. The hound would use its keen eyesight to locate the prey, then use its speed and agility to catch it, before killing it and bringing it to its human handler. This combination of speed, agility, independence and determination is still strongly present in today´s greyhounds.

As hunting with sighthounds declined on the British Isles in favour of other types of hunting, a sport called lure coursing developed. During lure coursing, sighthounds – such as greyhounds – would chase a prey animal, such as a rabbit, in an open field. Today, live prey has been replaced with a mechanical replica capable of mimicking the erratic movements of a rabbit trying to escape from a predator.

The early history of greyhound racing in England

The oldest known English rules for dog racing are from the 1500s, and we do know that various types of dog races were held in England throughout the centuries. In 1876, six greyhounds competed against each other on a 400 yard straight racetrack in Hendon.

Dog racing as we know it today – with greyhounds on a special oval racetrack chasing an artificial hare – did not catch on in England until the 1920s.

The very first English greyhound race on an oval racetrack with an artificial hare was held at Belle Vue Stadium in Manchester, using a 440 yard track. Over 1,700 spectators attended, and the race was won by Mistley with the finishing time 25.00 seconds.

From England, greyhound racing spread to other parts of the world – near and far. Many countries where greyhound racing is popular today are places that once were a part of the British Empire, such as Ireland, the United States, Australia, and New Zealand.

About the artificial hare for dog racing on an oval track

You might think that the artificial hare for dog racing on an oval track was invented in England, but it is actually a United States creation. Owen Patrick Smith built the very first one in 1912, and seven years later he created another first: the world´s first professional dog-racing track with an artificial hare for the dogs to chase after. This track was in Emeryville, California, USA.

England was a bit slow to catch on, and dog races with an artificial hare did not become widespread here until the second half of the 1920s. 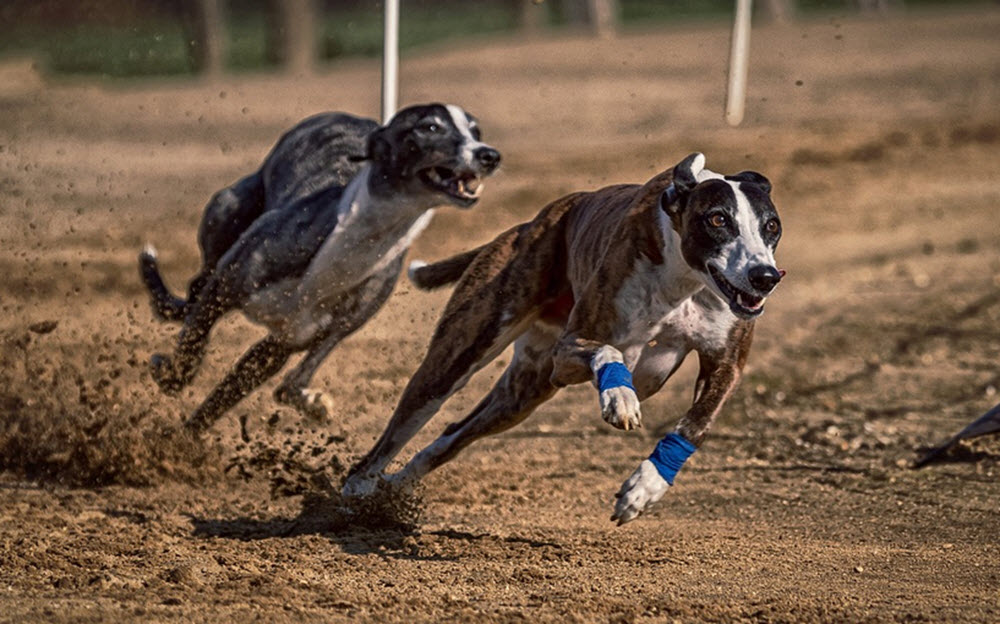 The three largest greyhound racing events in the United Kingdom are:

(There is no longer any Welsh Derby)

Greyhound betting is very popular in the UK. Many different sports books offer greyhound betting online.   You can find a good sportsbook that offers good promotions by visiting the Casino.zone promotional page.

Greyhound racing in Great Britain can be divided into two groups:

Stadiums for flapping in Great Britain

Flapping, also known as independent racing, is not registered with the GBGB, and GBGB rules do not apply. Naturally, British law and applicable local regulations must still be adhered to, e.g., animal welfare and betting.

There is no umbrella organisation for flapping, so it is difficult to know precisely how large this industry is in Great Britain.

Flapping is carried out at nine stadiums:

Forex trading in the UK

Forex trading is a popular type of trading among UK day traders.  It is a type of high-risk trading that can be very profitable. Forex trading has built more than one fortune. A large percentage of all forex traders end up losing money. You need to be disciplined to be able to make money.  Disciplined enough to learn how to trade before risking your own money and disciplined enough to only make trades that have a high chance of profitability.  Traders who gamble on the forex market will end up losing money.  Forex trading is similar to greyhound betting in that way.  Only those who take the time to do solid research will profit over time.   Britts who want to try forex trading should open an account with an FCA-regulated broker that offers a demo account.  A demo account is an essential tool for making virtual trades until you become skilled enough to make money consistently.  It is best to choose an ECN or STP forex broker as they are incentivised to help the traders make a profit.  They have nothing to gain from unsuccessful traders.

What is the GBGB?

Racing registered with the GBGB must adhere to the GBGB rules, as stated in ”Rules of Racing” and ”Directions of the Stewards”. These documents do not only cover the races themselves and how they must be conducted but stipulate rules for a wide range of associated activities, including the care for the dogs.

Examples of areas regulated by the GBGB are the conditions of race tracks and stadiums, the conditions of the trainers´ dog facilities, general dog welfare, and the treatment of retired racing dogs. There are also rules in place to prevent cheating.

In some place of the world, such as the United States, it is common for racing greyhounds to live in kennels at the race stadium. This is against GBGB rules, and GBGB racing dogs live in kennels kept by their trainers away from the stadium.

In an average year, roughly 10,000 new racing dogs are registered with the GBGB.