In England, Scotland and Wales, all greyhound derbies have a prize of at least £50,000. Below that, the event is not allowed to be called a derby. The threshold is lower in Northern Ireland, where £25,000 is sufficient.

Most greyhound races in Great Britain are not derbies. Instead, they fall under the categories graded race, category two race, category one race, or invitation race. 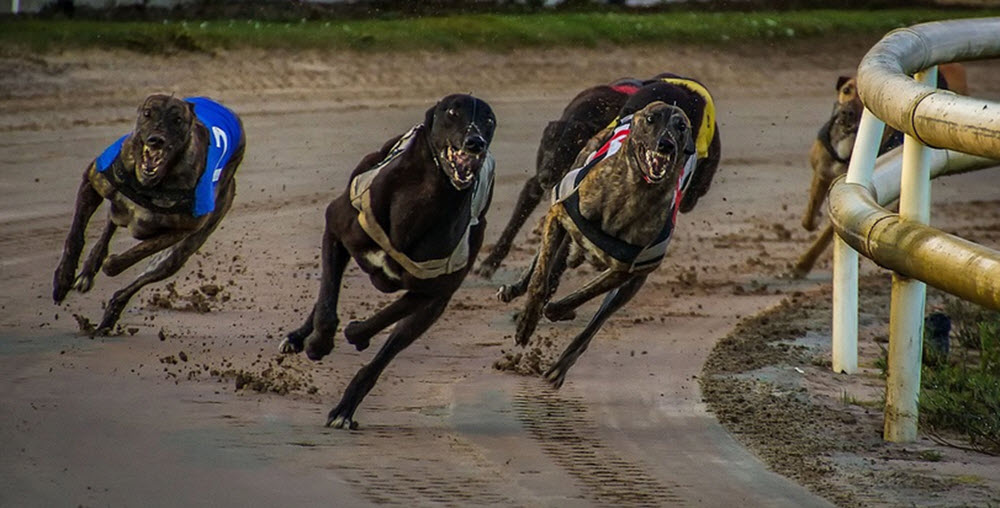 The most common type of greyhound race in Great Britain is the Graded Race. There is no lower threshold for the prize of a Graded Race.

An invitation race is only open for specially invited dogs, and the prize must be at least £750. Promotors often arrange invitation races in conjunction with non-invitation events.

The race track used for the English Greyhound Derby is a 1570 feet turf track.

There used to be a Welsh Greyhound Derby, but this tradition came to a halt when the Arms Park in Cardiff was closed down. Since there is no longer any suitable greyhound racecourse available in Wales, no derby is arranged.

The Scottish Greyhound Derby is just one year younger than its English counterpart and premiered at Glasgow´s Carntyne Stadium in 1928. It remained at Carntyne for forty years, took a one-year pause, and then re-started again at the Shawfield Stadium in Rutherglen. In 1988, the Greyhound Racing Association moved the derby to their own facility in Edinburg, the Powderall Stadium, but fairly soon the event returned to Rutherglen where it has been held ever since.

The Northern Irish Greyhound Derby is held annually at the Drumbo Park in Antrim. The track used for the derby is a 500-yard track.

The first Northern Irish Greyhound Derby was held in 2012.